It’s Not a Suggestion

FACT: We are commanded by Messiah to go into all the world and MAKE DISCIPLES; notice that He does not say to go make church members, but to make DISCIPLES by baptizing, and teaching people HOW to OBEY EVERYTHING that Messiah has commanded us (Matthew 28:19-20). Beloved, I have been in many churches in my time, and I have yet to enter a single church congregation that ever even offered to teach this, let alone one that actually did it.

FACT: The FIRST public Commandment the Messiah gave in the Apostolic Writings, was that we should REPENT, (Matthew 4:17).  In Hebrew, (the language of the original Scriptures), to repent is, (Hebrew Strong’s # 7725 transliterated shoov, or  T’Shuvah). It quite literally means to destroy one’s own ways, and to RETURN to YHWH (יהוה), and HIS Ways.

FACT: It is IMPOSSIBLE to biblically repent without the Torah. Think about it. How can you possibly destroy your own ways, and then RETURN to YHWH (יהוה) and RETURN to HIS WAYS, without learning and obeying HIS Commandments and RETURNING to His Instructions? So in reality, you cannot even begin to obey Messiah’s first public command in the New Testament without the Torah, because forsaking your own ways and returning to YHWH (יהוה) and His Ways; that’s what it means to repent biblically. So how can you return to Yahweh and to Yahweh’s ways without learning and keeping His Commandments?

We see some perfect pictures of repentance in the Apostolic Writings. The prodigal son, (Luke 15:11-32)

We often love to talk about the Father’s Compassion, His forgiveness, and His enthusiastic willingness and jubilant restoration of His wayward son; and thanks be to YHWH (יהוה), that this is His Character, because we all need it. However, in our enthusiasm to experience the restoration part of the teaching, we often neglect and sometimes even ignore THE central fact of the teaching:

The wayward son was restored AFTER he repented, NOT before. And without genuine biblical repentance, there would not have been a restoration party. Do not deceive yourself:

A True Understanding of Biblical Grace

Yes, we must not underestimate the generosity of the father, but we must not forget that without a genuine biblical repentance there is no restoration. Do not be deceived. If the young man had not gone through the three critical stages of repentance, he would have died in that pigpen, much to the heartbreak of his loving father. Without genuine biblical repentance, there is no restoration party.

Yes, if we are willing to have our mind changed so that we come into agreement, with YHWH (יהוה) Almighty, He will give us His grace. He will open our eyes so that we compare our lives to His Word, He will open our understanding, and we will be able to recognize our sin, and see our true need for restoration, because that’s what the true grace of God does. However, if we insist that we’re already okay, that we’re already righteous, and that we don’t need to change our mind so that we are more in agreement with (יהוה) Almighty; then we actually deny our need for the grace that (יהוה) Almighty offers, and we could die in our pigpen.

Once the young man had changed his mind and come to his senses; once he had changed his intentions and he purposed to RETURN to his father’s household and to his father’s authority, the young man had to put real physical feet to that decision. He had to DO something that was consistent with his new righteous mindset, and his renewed purposes and intentions. He had to pick up his feet. He had to WALK AWAY from his pigpen, and he had to physically start walking TOWARD home. If he had not chosen to start walking home, the father would not have met him on the road and that young man could have died in that pigpen.

Yes, if we have the willingness to forsake our old life, and then to learn, to seek, and to actually RETURN to what is pleasing to (יהוה) Almighty, then He will give us all the grace that we need to pull that off successfully, because that is what the real and true grace of God does.

The problem is that most Christians today have a COUNTERFEIT definition of grace. Most are erroneously taught that Grace allegedly means that we should not have to DO anything. Most are taught by tradition and practice that if you actually believe you have to DO something, then you are not walking in grace, you are supposedly walking in works, and you are therefore wrong, according to most traditional and modern Christians.

The real reason for their gross error is that they do not use the Bible, (they don’t even use the New Testament) to define what the Grace of God really is. Even Paul the apostle of grace clearly states that part of the function of God (יהוה) Almighty’s Grace is to make us both zealous and ABLE to do what YHWH considers to be good and pleasing to Him, (Titus 2:11-15; Ephesians 2:8-10; Philippians 2:13; just to name a few). The heresy that we should not have to do anything at all, because we are under grace is a complete and abominable lie! The pastors and teachers, who are promoting such a deception, need to be zealous about repenting. They need to forsake their false teachings, and they need to return to (יהוה) Almighty’s Word and teaching His Ways, before they lead themselves and their congregations into the Lake of fire, (Revelation 21:8).

Part of the function of YHWH’s Grace is to bring us into repentance, (Romans 2:4), but we still have to DO the repenting. If we are willing, YHWH Almighty’s Grace will help us to change our minds, so that we will be able to forsake our old way of thinking, and change our mindset to agree with the Creator, but we have to choose to let Him do it, and must choose to come into agreement with what His Word actually says, (Romans 12:1-2; Philippians 2:5; Matthew 4:4).

Many Christians erroneously believe that grace means that it is the Father’s job to forcibly take you out of your pigpen without you having to change your mind. Some of you foolishly believe that it is the Heavenly Father’s job to forcibly drag you out of your pigpen, and drag you home so that you don’t die; all the while you are still resenting and resisting the Father’s authority.

They mistakenly believe that grace means the Father finds you in whatever pigpen you choose to wallow in, and that He should forcibly carry you home piggyback, whether you make any real choices to change or not, so that you wouldn’t have to walk a single step of obedience, because after all, we are under grace. That’s not grace. That’s lawlessness.

We do newcomers to the faith a grave disservice when we mislead them to believe that all they have to do is raise their hands, walk up front, say a few words that didn’t even originate from their heart, because we tell them that all they have to do is repeat after us the words that we tell them to say, and then they are all good.  Then as they progress in most Christian congregations, they will learn that they are under Grace, so it doesn’t really matter if they learn to obey YHWH, or if they learn to walk like Messiah walked, because they’re under grace, so they shouldn’t have to do anything, right?!

The First public Commandment Messiah gave was to repent, (Matthew 4:17). To repent literally means to change our mind, to change our purposes and intentions, and to change our way of walking, away from what (יהוה) Almighty considers to be sin, and to progressively RETURN and walk TOWARD what (יהוה) Almighty considers to be good and pleasing to Him. That’s the First public Command Messiah gave in the apostolic writings. We cannot even begin to walk successfully with YHWH and the Messiah He has sent, until we learn how to biblically repent successfully.

If we are willing, YHWH’s Grace will help us to change our purposes and intentions AWAY from what (יהוה) Almighty’s Word considers to be sin, and to change our purposes TOWARD what the Almighty Creator considers to be good. That’s what God’s true grace actually does. But we must be willing to compare our intentions with rightly divided Scripture, and NOT ASSUME that our intentions and purposes are already right because we THINK were well-meaning.

DO the walking. If we choose to learn how to persevere in walking the Strait and narrow path, until it leads us to life, then YHWH, and His Grace is willing and eager to help us succeed at persevering until we win, until we overcome, and until we are victorious, but we still have to DO the actual persevering.

Of course, everyone who seeks finds, but we are the ones who must be faithful and we have to continue DOING the seeking until we are certain that we have found it. YHWH’s Grace helps us to seek, but we still must do the seeking.

Of course, to everyone who knocks, the door will be opened, but we must be certain that we are knocking at the correct door, and we must be diligent to continue knocking at the correct door until it opens, but we must also be prepared to enter into, and to live in that room once the door opens, because it will eventually open. We must persevere in knocking until it does. YHWH’s Grace helps us to do the knocking, but we still have to DO the knocking until the doors open.

YHWH Almighty’s Grace is there to help us to repent successfully once we make the decision that we want to learn and do repentance that YHWH and Messiah will accept. YHWH’s Grace is there to help us to learn what repentance is and how to do it successfully in our own lives, but we still have to DO the actual repenting. God’s Grace helps us to do the repenting. God’s grace does not remove the need to repent. 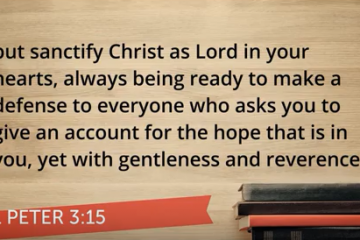